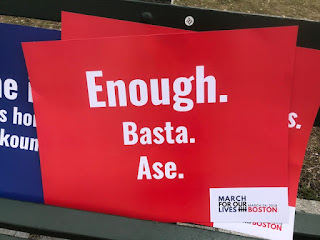 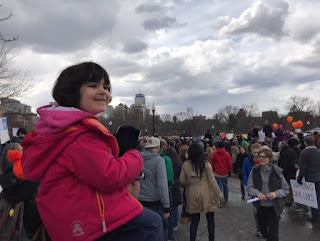 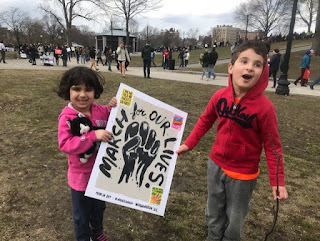 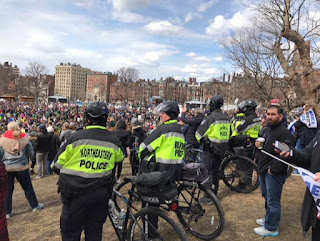 Talking Politics and Public Health With Patients- Is It OK?

My Friday morning clinic was slow. There were two last-minute cancellations and a no-show. So when Mrs. Smith* came in for her physical, I wasn't in a rush, and we had some time to chat.

We talked about her recent hip replacement, and how thrilled she was to be finally pain-free and physically mobile, so that she could help care for her grandchildren again. Her face was bright with joy as she spoke of the beach and playground and the zoo and how much she loved experiencing the world with her two young grandchildren.

But she hesitated and frowned as she remarked: "I watch the news, and with everything going on today, I worry about them. We're moving in the wrong direction as a society. I mean, look at this presidential election, isn't it ridiculous, to think that a person so flawed could end up as a candidate? I'm frightened for their future."

Then she asked, "Your children are little, what do you think about all this craziness, do you lose sleep over it too? How can we protect them from it all?"

Up to that point, we had been slowly moving through the physical exam, and I had been wordlessly responding to her lighthearted description of her days as Nana the nanny with laughter, positive nods and smiles… When she admitted her fears, I reflected back grim countenance and shook my head, as if to mime What a shame, what a shame, but I didn't say anything.

I had no idea at this point what her specific views were. Her comments could reflect the opinions of anyone anywhere on the political spectrum. The flawed candidate she was referring to could be either Democrat or Republican. I didn't want to say anything potentially inflammatory, or even mildly awkward.

But she sat there awaiting my opinion.

Her questions hung there, between us, as I shook my head and tried to think of something to say.

Do I really want to talk about this? And, is it appropriate?

I thought about my morning commute. There's an app on my phone that pulls articles from all the news sources I choose, and I have chosen just about every possible news source, even those representing the far other side of my political leanings. I like to know what's going on, through all the looking glasses. I read it all on the train on the way to work.

But what's worse in my eyes is that here in the land of equality, in a country founded on sound principles and thoughtful discourse, we are witnessing the ugly rise of a potential dictator. Here is a divisive fascist whose behavior already mirrors that of the worst dictators in history. Historians and scholars continue to make observations and deliver warnings. This kind of a man, this kind of rhetoric, these lies and sick ideas, are what have led to genocide and war in the past. And if that isn't a public health issue, I don't know what is.

So, what do I think about all this craziness? I think about it all the time. It makes me sick to my stomach. But specifically WHAT I think about it may not be appropriate to discuss with patients. I believe that the candidate on the right is a bona fide public health issue, on many levels. But so is gun control, and beyond asking patients if they have a gun in the house and how it is stored as a basic home safety screening question, I don't get into the issue with anyone.

Perhaps we should. Perhaps we, as educated professionals with a sworn oath to promote the health and well-being of our patients- ALL of our patients- should be open about our views on matters that effect patient safety. Maybe that could be a means of educating the public on important issues, like gun control.... and rhetoric that promotes violence.

This all went through my mind...

I murmured "I know, it's really scary…", paused and smiled and declared, cheerfully: "Your grandkids are so lucky that they have you. I'm so happy for you that the hip surgery had such a good outcome."

She smiled back, and we went on as if nothing at all was wrong with the world.

Email ThisBlogThis!Share to TwitterShare to FacebookShare to Pinterest
Labels: doctor patient relationship, Donald Trump, Genmedmom, politics, public health
Older Posts Home
Subscribe to: Posts (Atom)
Mothers in Medicine is a group blog by physician-mothers, writing about the unique challenges and joys of tending to two distinct patient populations, both of whom can be quite demanding. We are on call every. single. day.