Letting death in the room.

One of the most heart-wrenching things I witness at work is people saying goodbye to their loved ones. Today I watched a husband say goodbye to his wife of 31 years, with their son also present at bedside, weeping as his mother died.

I stay in the room for all terminal extubations, along with the ICU nurse and the respiratory therapist. It's always an emotional thing to witness; I think we all find some kind of unspoken moral support in having each other present, besides the obvious practical needs to be there (RN to give meds, I provide orders/ explain things to the family/pronounce/ask for autopsy, RT weans ventilator and removes the endotracheal tube).

I stood in the room and watched the RN bolus morphine and midazolam...I watched the patient's respiratory rate. I watched her face for signs of struggle, her body for signs of stress. There were none, so we were ready to let her go. I gave the final "ok" to the RT to remove the woman's endotracheal tube, as I thought her respiratory rate and sedation level were adequate so that she would not struggle without the ventilator's assistance (pressure and oxygen). Her sats dropped to the 60s immediately once she was on room air, she developed circumoral cyanosis, and her heart rate was dropping. The medical staff all left the room so the family could alone be with her. She lived for about one hour after extubation, deeply sedated, and died without any struggle. I returned later to pronounce her death (1250) and obtain autopsy consent from her husband. He readily consented and said she would've been an organ donor, if her cancer hadn't prevented her from doing so. He asked "What will your team learn from doing an autopsy?" and I explained the top clinical questions that I thought could likely obtained only via autopsy.


In the moments before the medical team goes into a patient's room to do a terminal extubation, there's often a collective "let's do this" sobriety. As in "This is hard. But, we will do it, and we will do it well." And we do, our team always does. Unfortunately in an oncology/BMT ICU, we are all skilled at helping people die well. And at this point in my career, I'm skilled at that part of my job and proud of it. Not proud in a perverse way, but proud to be able to palliate symptoms of pain, anxiety, and breathlessness in one's last moments of life. Proud that I can help guide families through the emotional agony of watching their person die. Proud that the last images they see of their loved one are peaceful, quiet, calm, well-choreographed. Respectful. Clean. I am grateful that we have the ability to allow people to die without suffering, to serve our patients in this way, to calmly let death into the room after beating it back for so long with our various medications, procedures, life support. We spend hours trying to corral irrational forces (life and death) with rational means (science)--it's almost absurd at times.

But as we let the dying person leave the earth, as their suffering ends, the survivors' suffering begins. Their love wasn't free; now they grieve. All of this had me thinking this afternoon--about love. Whenever we love someone we do it knowing (somewhere in ourselves) that someday one of us will say goodbye to the other. It's an overwhelming thought to ponder for too long. You'd think this would hold us back sometimes, but no. We throw ourselves wholeheartedly into love--loving our partners, friends, children, pets...while knowing that it is all temporary and that this will hurt eventually. Talk about optimism! Humans crave love and connection, we cannot resist it (can we live without it?) even though we know that eventually it is 100% guaranteed to come crashing down around us. Every time. 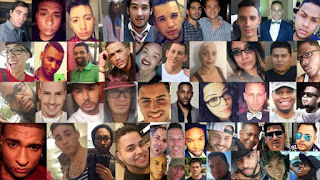 Email ThisBlogThis!Share to TwitterShare to FacebookShare to Pinterest
Labels: burnout, death, dying, grief, gun violence, stress, ZebraARNP
Older Posts Home
Subscribe to: Posts (Atom)
Mothers in Medicine is a group blog by physician-mothers, writing about the unique challenges and joys of tending to two distinct patient populations, both of whom can be quite demanding. We are on call every. single. day.