As a mother in medicine, emphasis here on in medicine, I was offered the COVID vaccine and jumped at the chance, way back in 2020.  Yes, it was December 2020 when it was first available to health care providers like me.  Then came the tiers and the categories.  It’s been a long wait, as various extended family members obtained their appointment slot (some more and some much less easily than others, but that’s another story for another day).  My daughter became age eligible for the vaccine and is now presumably immune, but what about my son?

And what joy it was to see the many sizes and shapes of  "12-15 year olds" lined up last week to get vaccinated on the very day it became available.

We’re getting there.  #ThisIsOurShot
Posted by T is @Kind4Kids 4 comments:

That seems to be the theme of Mother's Day this year. First I called my Mom at the crack of dawn and somehow hurt myself on a piece of broken glass. Ignored it, and walked around in my right tippie toe finishing the conversation. I haven't sent anything yet, which I regretfully told her, but she assured me that my undivided attention for a half hour was way better than any gift. After I got off the phone I pulled the piece of glass out of my heel - I was bleeding on the floor at this point - and where it came from is still a mystery.

Then my husband woke up and headed to Kroger after emptying the dishes while I reclined on the back porch reading. He brought back flowers (candles and flowers are my fave) and Jack wandered up - he's 15 now and towers over all of us - and wished me a Happy Mother's Day - things went awry from this point. The flowers my husband brought were originally placed in a too big vase and I asked Jack to help me transfer them to a smaller more appropriate vessel.

There are things I regret in my life. One, I once tried to stand upright after a fainting spell (blood pressure meds too much after I lost some weight) and I passed out and broke my jaw in three places. Two, I peed in the waiting room before my colonoscopy - first one - last week and they unfortunately require a negative preggo test if you are under 55 - it took a whole bag of saline and an hour and a half to pee. Three, I almost told Jack to move the vases to the sink but didn't. There was a lot going on on the counter. An entire candle spilled and broke on the floor. It took a lot to clean.

Cecelia, now 18 and a force to be reckoned with (I'll talk more in a future blog) was spinning positive. She said broken glass ceilings is a good thing right Mom? I've got to go study now. Let's do brunch at 2:30 (something I am currently highly looking forward to). But Jack said he cannot go he just got a job at Cajun Sno he has a shift from 1-5. And he's three weeks out of turning 16 so he cannot legally drive yet she has to take him. He's a gem. Maybe at 15 not the best  on Mother's Day but love languages are different and his is wonderful if not on point for the holiday.

I hope everyone out there is having a wonderful Mother's Day. We are breaking the glass ceiling, as C said. I couldn't wish for a better community. Stay tuned for more. Below is an image from a vacay in the Dominican Republic pre Covid. Much love, Gizabeth. 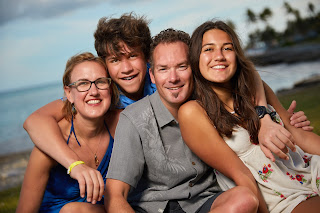 Email ThisBlogThis!Share to TwitterShare to FacebookShare to Pinterest
Newer Posts Older Posts Home
View mobile version
Subscribe to: Posts (Atom)
Mothers in Medicine is a group blog by physician-mothers, writing about the unique challenges and joys of tending to two distinct patient populations, both of whom can be quite demanding. We are on call every. single. day.