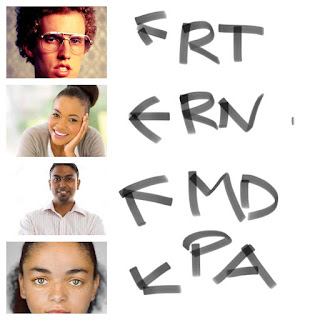 More about me, since I'm a newbie-->
**********************************
ZebraARNP is an oncology ICU ARNP with three children- school aged twins (girl, boy) and a preschooler (girl). That brief sentence vastly oversimplifies the amount of joy/pain/money /insanity/Band-Aids/love/maniacal laughter it requires to raise three human beings; it’s a doozy sometimes. Anyway, this is ZebraARNP's first public/non-academic/not Facebook writing experience, or writing that isn’t a daily progress note of a critically ill oncology patient. ZebraARNP is married to a pediatric SLP who isn’t in fact really that interested in oncology but who has acquiesced to the fact that she will indeed continue to learn about it (or at least listen to random factoids) year after year simply out of love for Zebra. Dinner time conversation in our demographically complicated yet still shockingly quotidian suburban home (interracial lesbian marriage, anyone? Can someone say “intersectionality” ten times fast?!) may or may not include how much CPR was done that day, palliative care conferences, cdiff vs VRE, who did well on his/her math test (or who did not), who will go grocery shopping next, what MRSA is, what exactly IS pus made of, what actually happens when you die, arguing over who gets the last muffin/cookie/etc, reviewing hematopoiesis, and questioning whether kid # 1, 2, or 3 really did wash their hands after using the bathroom. When ZebraARNP isn’t at work or with kids, she enjoys gardening, chicken keeping, reading books (or the NY Times), and wasting time on her iPhone (oh the Amazon app…)…and not being at work or with the kids.
Posted by ZebraARNP