I walked into the Dr.'s Lounge this morning and bumped into a hospitalist. I had heard over the weekend that he had been through a rough divorce three years ago. I see him daily and we talk about kids once a month but somehow I missed this.

"I'm sorry! I must have been living under a rock. Divorce is so awful I wish I had known."

"Oh who told you? Your new neighbor? I met her at a crawfish broil last weekend."

"No, not her but she is sweet we had a big neighbor cookout two weeks ago love her. It was dance moms - Cecelia's (13) big recital was last weekend. And don't tell your son you heard it from me but C told me he's the hottest ticket in town."

"His head is getting so big we are having trouble keeping his ego in check."

"The dance moms were showing me a picture of your girlfriend on social media she is super cute."

"What?" He looked confused.

"Oh where the heck did they find that? That was over a while ago. It's so hard, dating and divorce. There's so much baggage."

"Yeah, I had a year of hell on match.com but finally got lucky. I met a great guy almost four years ago. He has never been married and doesn't have any kids - not that I would have minded if he did, but it is easy. The kids have their chance for a sibling with my ex and stepmom's toddler." I smiled, "he just moved in a month ago I'm so excited."

"So tell me all about him!"

"Well, he's lived all over. Born in Arizona, elementary and middle school in Plano,Texas, high school in New Jersey where he started biking - rode with George Hincapie up there, biking and art school in Kansas City, then the Twin Cities and Seattle to pursue his photography. Once he delivered a pizza to Eddie Vedder in Seattle!! He decided to go back to Kansas to pursue architecture and finished his degree when Wall Street crashed in 2008. He worked in L.A. for a year then came to Hot Springs. Now he's in a nice office in downtown Little Rock with a large national firm based in Memphis - they did a lot of work in downtown Memphis. They had their Christmas party at Graceland it was so fun! We did a night tour. I had been lots of times growing up but it was his first."

"So are you going to get married?"

"He hasn't asked me yet. I mentioned never getting married again so many times early in our relationship I think he is afraid to ask. I would be."

I've been thinking about it non-stop for the past two days. It would model great bashing gender stereotypes to my children. We have talked about it a lot recently, especially since things have been working out so well since he moved in.

Thinking about it has made me reflect on our time together, and on him. How we both disagree on our first date to the tour the U.S.S. Razorback submarine - July 22 or 23? Luckily he saved the tickets so he can usually find them and prove me wrong. How we disagree on our first kiss anniversary two months later - we spent a lot of time hiking and going to movies and getting to know each other before that. September 22 or 23? Depends on when midnight struck neither of us were paying any attention.

He met the kids late that fall at a picnic at Pinnacle Park - one of our favorite hiking spots. I still remember Jack grabbing his hand while stepping down a bank to the creek and his surprise then ease with the contact. The kids and I later took him to one of our favorite hiking spots that has the Cat in the Hat painted on a tree stump. He did art projects with Cecelia - a Valentine's box in the shape of a nose (her wacky idea). They painted the girl and boy mascot clay statues of the Nashville Sounds in a tux and fancy dress and won box tickets to a game - his dad and stepmom were in Nashville at the time. He easily blended into our weekend lives and a year later got a job closer to Little Rock and an apartment two blocks away, so he has been a fixture for the past two years.

There are so many things I love about him and I am really bad about expressing them to him. It's a lot easier to think about them in my head and type them hiding behind this computer. I love how he points things out to me with his photographer and architect eye that I would miss buried in my books or music or thoughts. A coal barge on the river. A detail on a building. A rock to watch out for on a bike ride. A cardinal in the backyard. I love how he collects watches and gave me one on our first trip out of town to New Orleans. I still remember him telling me he wanted me to wear it. It's a Tissot - very clean and classy - he told me then that Grace Kelly wore this watch and I was amazed he knew that.

I love how he is with kids, so easy and quiet and agreeable. How he jumps on the trampoline with Jack (10) when I worry he is stuck in his iPad too much. How he goes over Cecelia's study guides with her the night before tests - he is her favorite study buddy and calms her down much better than I can. How he rides all the roller coasters and goes on all the waterslides that I am too scared to do with them. How we take turns wishing them goodnight when they are here. Some nights Cecelia keeps him down there talking way too long and I love hearing what they were talking about when he comes back up.

Most of all I love how he is with me. He's dragged me out of my books into TV series and we are having so much fun with Ray Donovan right now I can't wait to settle kids at night. He hikes with me and bikes with me. Lately we have been getting into cooking with Blue Apron. It's so fun to put on the classical music he grew up hearing at symphonies with his father and wind down the day preparing a meal together - both of us learning how to cook. He fixes all of our computer issues there are lots! Last Friday night he volunteered to be one of the drivers with me in a Scavenger Hunt birthday party with fifty kids we had so much fun. We got kicked out of the mall by a power tripping cop; I loved that he enjoyed it as much as I did. He puts up with my singing when I've had an extra glass of wine. He's my knight in shining armor when I've had a terrible day. And he's helped me focus more on the right in me than the wrong, which I have a tendency to do.

I love that when he catches me looking at him he gets defensive like there is something wrong but really I just love to look at him. He is so handsome. I want to live in the corners of his eyes when he smiles. I want to breathe in every time he breathes out so I can catch his breath. I want to be buried in the smell of the crook of his neck. I want to spend the rest of my life with him.

So, SPS, here's the question that has been making my palms sweaty and my heart anxious, ever since my friend put it in my head to ask. It can be a small wedding, no frills - I know you don't like being the center of attention - me neither. Just you, me and the kids. I'll console Cecelia by throwing a huge party inviting all our friends and family with a band and good food and wine. I've got no ring but I've got these words and I know you value art over things so I think it'll be ok. And I'm not down on one knee but I'm hiding behind this computer on mothers in medicine which was my safe spot and my outlet in one of the hardest times of my life. So here goes. What do you say? Will you marry me? 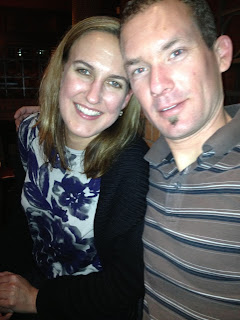 At P.F. Chang's - a top spot with my kids, awesome friend histotech and bestie P.A. 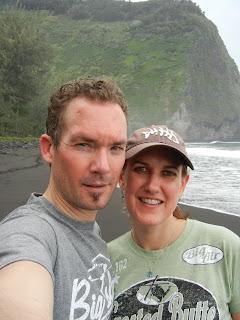