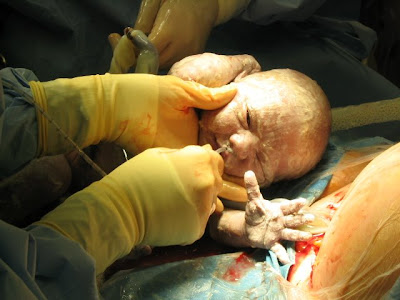 Anytime I do a primary c-section, I try to tell a shortened version of this story to my patients. It’s OK to be scared and to cry. Things don’t always go like you planned.
Posted by RH+